The future of the Indian logistics industry has expanded into a scenery of holistic planning models, multimodal connectivity, decongested traffic nodes, and more warehousing space. When Indian finance minister, Nirmala Sitharaman, weaved through her Union Budget speech on February 1, she mentioned an encouraging development in the Gati Shakti plan introduced by Prime Minister Narendra Modi last year in October.

She indicated that, under the plan, there will be 100 cargo terminals constructed all over the nation’s industrial corridors in the next three years. This development would be key to pushing logistics facilities into new realms of efficiency, as transporters can move and store consignments with greater freedom.

The Agenda of the Gati Shakti Master Plan

The ‘Gati Shakti’ is the national master plan for multimodal connectivity and provides a digital platform for 16 ministries in the nation—including logistics infrastructure, transport, airports, railways, waterways, and roadways.

When each of these concerned ministries work in silo, there is greater risk of infrastructural implementation overlapping instead of coinciding, and the concomitant waste of resources endangers the cost effectiveness of the whole system. Therefore, the Gati Shakti digital platform, boasting geoinformatics capabilities, allows accurate coordination between the ministries as they implement various infrastructures.

Several studies point to India’s logistics costs reaching 14% of the GDP as opposed to the more efficient 8-9% mark of advanced economies like the U.S. and China, which is why cost effectiveness is one of the foremost problems that needed solutions The current digitization of the logistics industry and its many supply chains will also led to superior management of labor and resources, which would be the last step on the road to logistic success for the biggest democracy on the planet.

Still in Phase I, the Bharatmala Paroyojana is a mega-sized umbrella project that will integrate all the roadway infrastructure in the highway networks of the Golden Quadrilateral, North-South, East-West, coastal, and border zones. While delayed, it is expected that these hundreds of economic corridors, feeder routes, bypasses, elevated flyovers, and greenfield expressways will boost the movement of freight traffic for the logistics industry in a big way.

Also in the works is the Hindu Hrudaysamrat Balasaheb Thackeray Maharashtra Samruddhi Mahamarg, a 701-kilometre greenfield expressway connecting Mumbai to Nagpur, which will link various agricultural and industrial nodes of the state to the two urban hubs.

These nodes have been christened the ‘Krushi Samruddhi Nagar’ by its developer, the Maharashtra State Road Development Corporation, and will consist of 20 towns interspersed at reasonable distances from each other. These towns will provide trade, amenities, and infrastructure, which will speed up the logistics networks in the state of Maharashtra.

Initially signed as a memorandum of understanding between the nations of India and Japan in 2006, the DMIC is now the biggest logistics infrastructure project in the nation. It also includes a 1483-kilometre Multi-modal High Axle Load Dedicated Freight Corridor (DFC) that passes through the six states of Maharashtra, Gujarat, Rajasthan, Haryana, the National Capital Region, and Uttar Pradesh. Naturally, this would be another massive boost to the logistics network in an economically-rich part of the nation.

GIVE ME FREE QUOTE 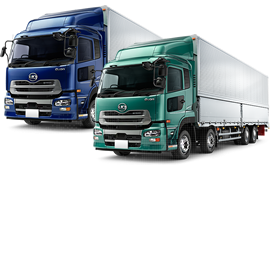